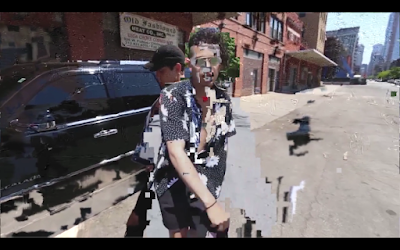 Directed by Jordan WIlliams
Produced By Bruus
Chicago’s own Seb Torgus one of  kind. Whether it’s modeling, acting, creating music Seb really has been delving into all sides of the entertainment industry. From working on high-end runway fashion shows, campaigns with Nike, and even landing a spot for himself on ABC’s past show “Betrayal”, the young creative has an impressive resume already. Aside from these past jobs, music is something that Seb has always been beyond passionate about. Whether it was his solo work, joining a jazz vocal group, performing in musicals, or even starring in a traveling choir group Torgus has an abundance of talent and style.
Over the last year Seb has knocked out a few solid tracks such as “Party In The Hills” and “Show Me” that have both showed off an authetic flow and have been well received by fans. To kick off the summer we have a visual for a brand new single titled “SADBOY ANTHEM”, off of Seb’s upcoming project. Jordan Williams also known as future problems as video guy did a fantastic job shooting and directing the visual, making sure to capture the uniqueness of Seb’s genuine energy, creativity, and style. In this digital internet age where visuals can be used to help assist in launching an artist’s career, Seb and Jordan have got something special on their hands.
This track is a hit no doubt, the vibes on here are insane. SADBOY ANTHEM can easily be Summer’s anthem.
Instagram:@Sebtorgus
Twitter: @Sebtorgus Bruus Music is back with the brand new banger “No Bend No Break” produced by Cambeats. Stream below! Check out the hit single “Party In The Hills” from international recording artist Seb Torgus produced by Chicago’s own Bruus. Today is BRUUSDAY and here we have Chicago’s own Producer/ Artist Bruus as he drops the first offering from his upcoming anticipated release #‎MidnitesNYidnyke‬ coming soon! Stream “Red Pill” below! New Music From Rich America’s ClarkAirlines  from his 11pm in Chicago mixtape.

Peep the visual below. Chicago’s own producer – artist by of Rich America, Bruus drops the infused visual for “Flattery” touching on a controversial and viral music industry experience he endured just recently. Peep the video below!