Just when you thought it was safe …. The Bompton (Compton) Billionaire – “Billionaire Buck” after enjoying a “Good Day” now free from quarantine he’s back to the “Trap of things” while stock piling records for the soon to be released “Billion$”  Buck gives you audio play by play process of his plans with a “Couple of P’zz” so get your sack up and press play an tap in with “Billionaire Buck” via Twitter: @ComptonsBuck  IG:@ComptonsBuck Jui$e Leroy – All Eye Got

Jui$e Leroy metaphorically sums up the crucifixion story of Christ and the resurrection of the sacrifice with a trap style approach. The latest visual is from his mixtape Trappy Chan which is available on all streaming platforms. Whats good fam? For the people who don’t know about you.. who is “Blessed”?
Blessed is the pure in heart for they shall see God. I use to go by the name Jay Star in the hood but wen I got locked up I felt like I became a new person so I needed a new image an reading the bible I ran across the scripture.

Dope. What side of Chicago are you from? What would you say your upbringing was like growing up?
I grew up on the south side of Chicago 64th and king drive parkway gardens. My life was basically a young kid doing grown up things at a young age, I can remember going to Route 66 the skating rink and getting into fights and foot working before I was rapping but I was raised by my grandma and she was defanitely my backbone.

Your music represents a lot of things from Pain to Struggle To Hustle and Real Life situations.
Who did you listen to growing up? Who inspired you most?

I wasn’t really into rap music growing up so I couldn’t give you any specifics, I pretty much listen to everything but I really was into 50 cent, Styles P, Eminem, Lil Wayne and 2 pac.

Now your video “Throwing My Life Away” takes listeners into your life, what else were you getting across with the record and visual?
Just the concept of getting away with a lot of dumb choices I made on a daily basis and any one of those choices could lead me to death or prison and coming to realization, I had to change.

Whats the formula to your style of delivery and beat-selection?
My delivery is an uptempo type of flow and my beats I prefer soul type of tracks and emotional vibes, I like to rap about pain.

With a rap game full of so many artists, How do you think you differ from other artists?
I don’t think I’m different from anybody, I just think I’m coming wit more of a honest heart of my life and it’s more interior then exterior.. I don’t rap about chains and shit ,I rap about the soul and myself fighting demons.

Dead or alive, who would be your dream collaboration?
Micheal Jackson, Lil Wayne, Jay-Z

What’s in the pipeline for Blessed?
I’m just trying to get my buzz up! I feel like they still sleeping on me, so I’m about to wake they ass up!

I wana shout ATMBROGODZ that’s the label, shout out to Stack Or Starve, and to anybody who got a dream that come from poverty or any where that’s trying to become somebody ?Blessed

Watch Blessed “Throwing My Life Away” That is a very good question cause he is many things K.C.G. Is a grinder one of the hardest workers in the world will give his all to an endeavor till it is either complete or beyond complete I am one of those type of people who’s a workaholic, I can’t stop till the job is done so when you come half ass with me prepare for the wrath cause I ain’t for the bullshit

Where are u from?

Chicago born and raised mostly on the SouthSide, from the Wild Wild to the Lowend but I have lived all over the city and I have ants in my pants so I never stay still for too long. I have moved around like furniture after a fight with Bernie Mac May he Rest In Paradise so let’s just say I am well traveled….

“I call my shit the Rapture my flow got that hit.. Make you feel like a fiend that that just got that shit… fo real” #IquoteMyself Naw but for real tho My nigga Pheave Big Shout Out to him, he said my style sound like a young Rakim and I am sure he said this joking but I took it as a huge compliment being that Ra is in my top 5 dead or alive so I am going to have to say that my style is a mix of old school FIRE and BARS I combine the two I switch it up one with out the other bottom line I am an ARTIST never know what I am going to do….

Do you believe that your music will withstand the test of time?

Yes it already has, I am well known on the net.. people love me all over the world it was only a matter of time before industry got a hold of me. I keep it so 100 people ask me can they hear songs I wrote when I was 14 all the time I have been doing this a very long time. And there is plenty more to come now that I am working with real Chicago heavy weights I don’t want to say too much but my bros Guillotine Max Ducy Bandz and the whole Killer Klan South got some heat coming up for yall know that…

Will the stories you lay out create some timeless Hip Hop classics?

Yes indeed, I am going to take people on a ride they will never forget we bringing back the riders we want FLOW! We want people to kill the beat not this ABC shit, we gonna eat that shit alive for breakfast and be looking for something really filling you feel me? Yea I am on that I feel that way hard as hell #SOWHAT

Describe your take on the hip-hop scene in Chicago?

It is amazing how much the spot light is on this city and we don’t even see it the whole world want’s to be us and we are giving them the wrong impression of this city and it’s people we gonna do way better!! #REALCHICAGOLOVE

Will there be a major project coming from you?

YES! but that is all I can say right now working out the details on this feature but I got to say upfront I don’t care if I don’t get one famous feat. I am going to work just as hard either way to make my music a success #period

What other artists have you had the opportunity to work with?

I can’t lie I been in the game 25yrs or more I am a relic I have been in so many booths and on some many songs I never kept count coming up it has to be thousands of songs out there with a KCG feat on it.

Who and what are your musical influences?

What was your last mixtape project?

What should people expect from your upcoming projects?

Fire and bars I am going to be going crazy from here on out not playing at all I am going to go hard and let the world know what it is….

What artists are you listening to right now?

Off top you know I am rocking with my people Killer Klan Killer Klan South No Slack Gang Scan P.Rico Wild Wild The General Louie 350 Lil Durk making noise in my playlist right now Juicy J Future Kanye getting a lot of play lot of old school too Rakim Busta Rhymes Scarface A Tribe Called Quest  NWA of course Beanie Sigel Pac and Biggie too many more to name tho…

Who would you like to work with in the future? Is there anything you would like our readers to know?

Last but not least, SOS wants to know…What’s your CRAZIEST “WTF?!” moment…

One of the CRAZIEST ONES I was working at this parking garage down town Chicago right next to the Hard Rock across the street from Gibsons Steak house and I am in the middle of the street trying get people to park with me and what is coming down the street but a Black Bentley with a dark skin black dude in it of course I had to go hard as hell to get him to park with me and he drove pass me like four times I kept waving and flagging and I seen he had on a chain I am looking at it was big as hell I all I could think about was the tip long story short I parked it right out front and he gave me a dub before he left and a dub when he came back I looked at the ICE CREAM chain and said WTF I think I know this nigga later a friend that worked with me told me it was Gucci Man lmao at me didn’t even know it was him like WTF ! 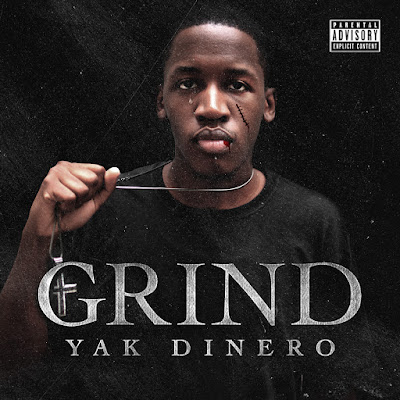 Stack Or Starve handles the hosting duty, and Yorksta puts it down delivering concepts & original material. Iceman “No Noise”
Off The Upcoming Release “My Life, My Dope”
(Hosted By Dj Mil Ticket)
Release: 4.20.15
Follow @IceMan_SOG
@justcallmeicee On Instagram